Each knit along includes detailed written and video tutorials to guide you step-by-step through the project so you can cast on with confidence and bind off with pride!

In this 2 minute video tour of the Knit Along Club, you will:

What to expect in the MHF KAL Club

Learn what you need when you need it

How many times have you taken a technique class and forgotten how to do it by the time you found it in a project? We teach you what you need at the exact moment you need it.

Online support through the entire project

We help you every step of the way with curated lessons to ensure you learn proper techniques without the hassle of searching the Internet or finding a qualified teacher.

Learn from the comfort of your home at any time – day or night – no travel expenses, no expensive class fees. Immediate access to all of the knit alongs in the Club.

Projects for all skill levels

Build your confidence by starting with easier projects and work your way up to the harder ones. We’re here to help you through them all!

Connect with other members in our forums. You might even find local knitters to hang out with!

Not only do we guide you through each pattern, we also teach you how to read your knitting and fix mistakes so you can truly become a master knitter!

Hi! I’m Beth Bohnert and the Knit Along Club is my brainchild. I learned how to knit from my grandma when I was a child. Though, as is the way with many childhood hobbies, I did not stick with it. When my children were teens, a neighbor inspired me to pick up the needles again.

Not only did I become an avid knitter, I took my knitting obsession to the next level by starting a cashmere goat farm and opening a yarn store! I love teaching and have helped hundreds of people to improve their knitting skills since opening our store in 2010.

Angela Schramm was one of my first customers. She took the very first class I ever offered – a crochet class – then immediately signed up for my second class to learn to knit. She’s been knitting ever since and joined me to work in the store in 2011.

I wrote the lessons in most of the knit alongs. Angela, who I affectionately call the rogue one, doesn’t always share my sense of style. So she started a series in the Knit Along Club called Angela’s Alterknits, which caters to knitters who prefer styles with more feminine elegance. 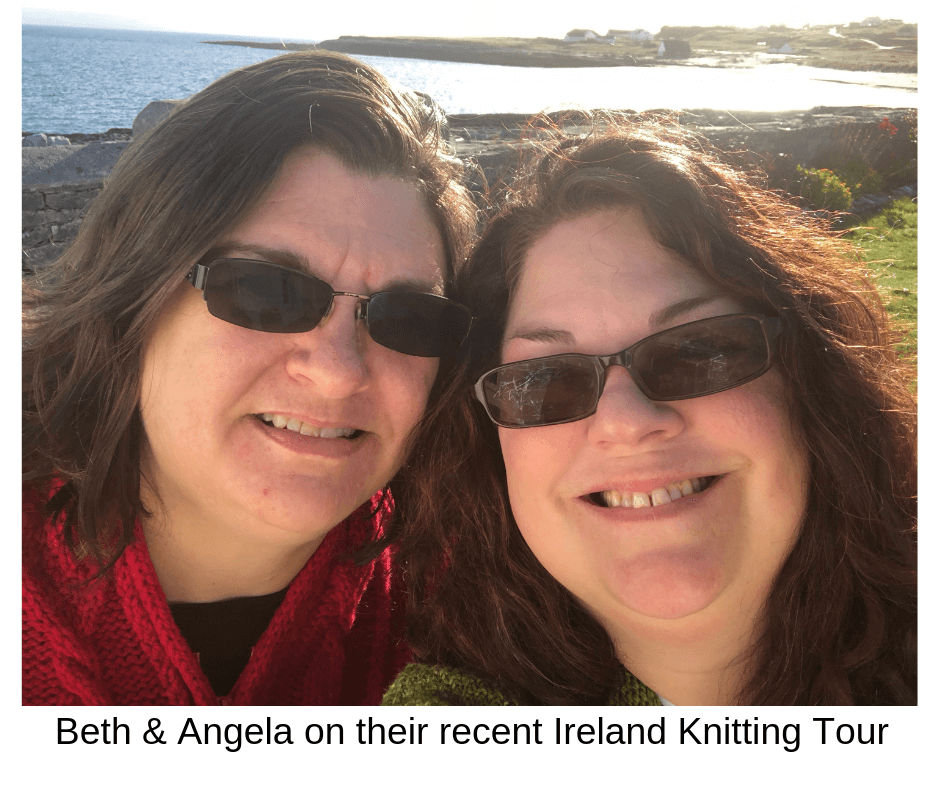 For less than the price of a single knitting lesson, you can access all our lessons for a full month!

Automatically renews so you never get “locked out” in the middle of a project!

Commit to your knitting success! It’s like getting 2 months free!

Automatically renews so you never get “locked out” in the middle of a project!

What People Say About Us

I love the Knit Along Club. I haven't had any questions for which there wasn't already an answer. It seems like Beth can anticipate where I might have trouble and have the solution ready and waiting. Plus there are lots of helpful tips and good optional ways to do things. I wish there were a KAL for all the patterns I knit!

I’ve been knitting for a very long time, and many folks think I know everything, but I know that I don’t. Beth was ALWAYS so helpful; yet she never let me feel that I didn’t understand what was happening with my knitting.

I loved doing this kal with you; your directions and video’s were so helpful. I can’t wait for another project!
0
Scroll to Top